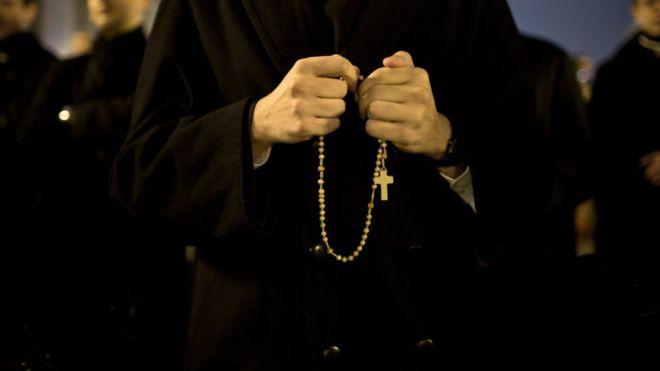 From Australian country towns, to schools in Ireland and cities across the US, the Catholic Church has faced an avalanche of child sexual abuse accusations in the last few decades.

Recent high-profile cases and harrowing testimony given to public inquiries have kept the issue in the headlines.

Meanwhile alleged cover-ups continue to dog the Church, and victims groups say the Vatican has not done nearly enough to right its wrongs.

Here’s what you need to know.

How did this all come to light?

Although some accusations date back to the 1950s, molestation by priests was first given significant media attention in the 1980s, in the US and Canada.

In the 1990s, the issue began to grow, with stories emerging in Argentina, Australia and elsewhere. In 1995, the Archbishop of Vienna, Austria, stepped down amid sexual abuse allegations, rocking the church there.

Also in that decade, revelations began of widespread historical abuse in Ireland. By the early 2000s, Church sexual abuse was a major global story.

In the US, determined reporting by the Boston Globe newspaper (as captured in the 2015 film Spotlight) exposed widespread abuse and how paedophile priests were moved around by Church leaders instead of being held accountable. It prompted people to come forward across the US and around the world.

A Church-commissioned report in 2004 said more than 4,000 US Roman Catholic priests had faced sexual abuse allegations in the last 50 years, in cases involving more than 10,000 children – mostly boys.

A 2009 report found that sexual and psychological abuse was “endemic” in Catholic-run industrial schools and orphanages in Ireland for most of the 20th Century.

A five-year Australian inquiry in 2017 found that “tens of thousands of children” were sexually abused in Australian institutions over decades, including churches, schools and sports clubs.

What are some recent cases?

How has the Church responded?

Pope Francis called for “decisive action” when he was elected in 2013, but critics say he has not done enough to hold to account bishops who allegedly covered up abuse.

His predecessor, Pope Benedict, had been accused of failing to protect children and suppressing investigations – allegations he denied.

Before him, under Pope John Paul II, Cardinal Bernard Law, the disgraced figure at the centre of the Boston scandal, was given a symbolic role in Rome close to the Vatican and allowed to maintain his rank, despite outrage from victims.

Between 2000 and 2010 several huge payouts were made by US dioceses to settle with victims.

In 2011, Pope Benedict told bishops, in new guidelines, that they had to promptly report any suspected cases to local police. Previously, all cases were supposed to be referred to Rome.

Under Francis, a special panel has been set up to deal with the issue but it has faced setbacks, including high-level resignations. In 2017, Marie Collins, an Irish survivor of abuse, left the group, citing “stumbling blocks and hindrances”.