Sindt agrees to be more ‘inclusive’

Latrobe City Councillor Christine Sindt says discussions with members of the community have made her aware her Facebook posts opposing same sex marriage “may have triggered intense emotion” for people.

“In relation to same sex marriage, I have met with members of the community, and have become aware that my Facebook posts opposing same sex marriage may have triggered intense emotion, based on their own personal experiences,” Cr Sindt told The Express in a statement on Friday.

“Discussions are continuing, for which there are clearly no immediate short-term solutions.

“We have agreed that same sex marriage is not the solution to far deeper social problems.”

Cr Sindt said she had “agreed to disagree” with people on the issue of same sex marriage, and “agreed that we need to be an inclusive, supportive Latrobe City community”.

Mr Burns said he believed Cr Sindt’s statement was unlawful because it “has a capacity or effect of inciting hatred towards, or serious contempt or serious ridicule of homosexual men on the grounds of their homosexuality”.

“People in high office have responsibility, they’re people in powerful positions and they should understand the impact of their statement particularly on gay and lesbian teenagers, because these kinds of statements do cause harm,” he said.

Cr Sindt’s Facebook post included a personal attack on Member for Gippsland Darren Chester after he declared he would support legislation to legalise same-sex marriage.

A lawyer for Mr Chester sent a letter to Cr Sindt requesting she retract the statement and unreservedly apologise.

From Thursday morning, Cr Sindt’s councillor Facebook page appeared to have been taken down.

Cr Sindt said she had not yet received any legal correspondence about her councillor Facebook page and she had voluntarily deactivated it.

She said she did not know Garry Burns.

“I have met with members of the local community and those whom I have met do not appear to be as concerned as possibly Mr Burns may be and I look forward to receiving his correspondence,” Cr Sindt said.

A HIGH-PROFILE anti-discrimination campaigner has told Dubbo politicians to show the city’s young gay and lesbian residents that they are “welcome” in their home town.

Sydney-based Garry Burns hit the phone on Friday morning after reading of student Nicholas Steepe’s battle to speak with each and every Dubbo city Councillor about marriage equality, a linchpin of “social inclusion”.

Mr Burns rang the offices of Dubbo City Council and Parkes MP Mark Coulton before sending an email to his own representative in the Federal Parliament, Malcolm Turnbull, asking him to nudge Mr Coulton who is currently against same-sex marriage.

The openly homosexual man, who makes “no apologies for going after people in the public eye who promote homophobia”, is reminding Dubbo’s political leaders of their responsibility to promote “diversity, inclusivity, tolerance and understanding”.

“I was touched by this story and I felt really sad that in 2015 we have still got young gay and lesbian people being denied inclusivity,” Mr Burns said.

“They just want to be treated like they are part of the Australian family.

“They look to Councillors, they look to politicians, to give them that support.

“It is important that these councillors…sit down with this young man and the gay and lesbian youth of Dubbo and say ‘you are welcome here’.”

See your ad here
When five of 11 councillors ignored his invitation, Mr Steepe applied to speak to the council as a whole at one of its June meetings.

On Wednesday he was notified that he could address the council at its monthly meeting on June 29, an arrangement changed by the council a day later.

Mr Steepe and Dubbo mother Libby McMahon will now address the council in an open forum at committee meetings on Monday, June 22, which suits them better.

“I believe that’s quite a positive step because it will allow for debate,” he said.

The LGBTI community and its “straight allies” have been asking the council to join a national and community-driven campaign aimed at influencing federal politicians to reform the 1961 Marriage Act to include same-sex marriage.

About 40 councils in Australia, including Coonamble and Lachlan shire councils, have joined big business, entertainment royalty, politicians and families in trying to bring about change.

Mr Burns, famous for rows with John Laws and Jeff Kennett, applauds Mr Steepe’s effort to engage the council on the issue, even though it will come down to the votes of federal politicians.

“Every Australian should be involved in the promotion of inclusivity, especially those elected to high office,” said the Moree-raised activist.

“If all people are talking openly about a need for legislative change, the Commonwealth government will go ‘I got it’.” 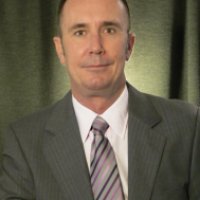